Earnin’s business model is focused on allowing anyone with a job and a bank account to get paid the minute they leave work — right from their smartphone with no fees, no interest, and no hidden costs. How does that work exactly? The service is supported by voluntary tips from the community — so a user pays based on the value they get.

To better understand the value provided, we decided to survey our community and found that 75 percent report that Earnin has helped reduce unplanned absences at work. Additionally, 87 percent are more motivated at work knowing they can get paid before payday, and an overwhelming 95 percent say Earnin has helped them pay bills on time! 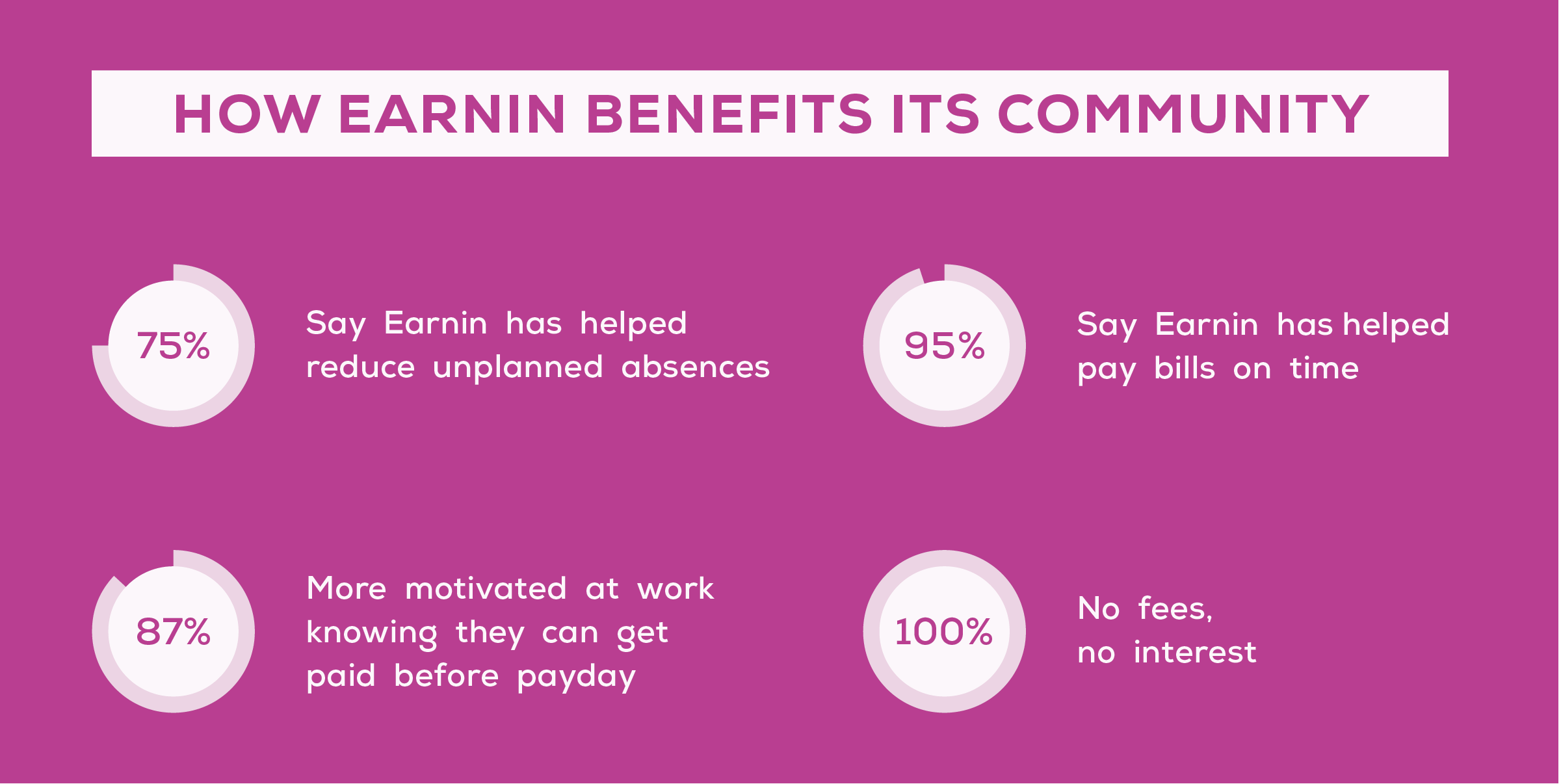 Going beyond survey results, we observed higher paychecks after people begin using the app. To make sure this wasn’t the result of job hopping, we limited the comparison to users at our top 20 employers who had the same employer before and after using the app. While it’s possible this is the result of wages increases, it seems most likely to be the result of people working more hours, especially given the overwhelming number of users who report increased motivation from having immediate access to their pay.

In addition to feeling more connected to their work, users get substantial monetary value from using the Earnin since they can use the app to avoid overdrafting their checking accounts. We know that on average, an Earnin user’s account dips below $50 more than 28 times a year and yet they rarely incur overdraft fees due to the pay flexibility Earnin provides.

The company’s growth showcases the value as we see users across all 50 states logging 5 million hours each month in the Earnin app. It’s also seen over one million installs in the Google Play store and is top 10 in the finance categories in both the Apple and Android app stores.

We look forward to continuing to grow our platform and empowering more people who are living paycheck to paycheck to get the money they’ve earned working as soon as they need it — without waiting for their payday.