Netflix May be Growing, but Not Among Those Living Paycheck to Paycheck

Streaming services have been growing in popularity for just over a decade. Even among people living paycheck to paycheck, these services have shown strong growth in subscribers. In just the past five years, the percent of Earnin verified users paying for Netflix, Hulu, or YouTube has steadily increased from around 25 percent in June 2013 to more than 32 percent. Despite a growing market among those living paycheck to paycheck, the fraction of those paying for Netflix has remained remarkably flat over time, with about 24 percent of Earnin users paying for the industry leader as of July 2018. 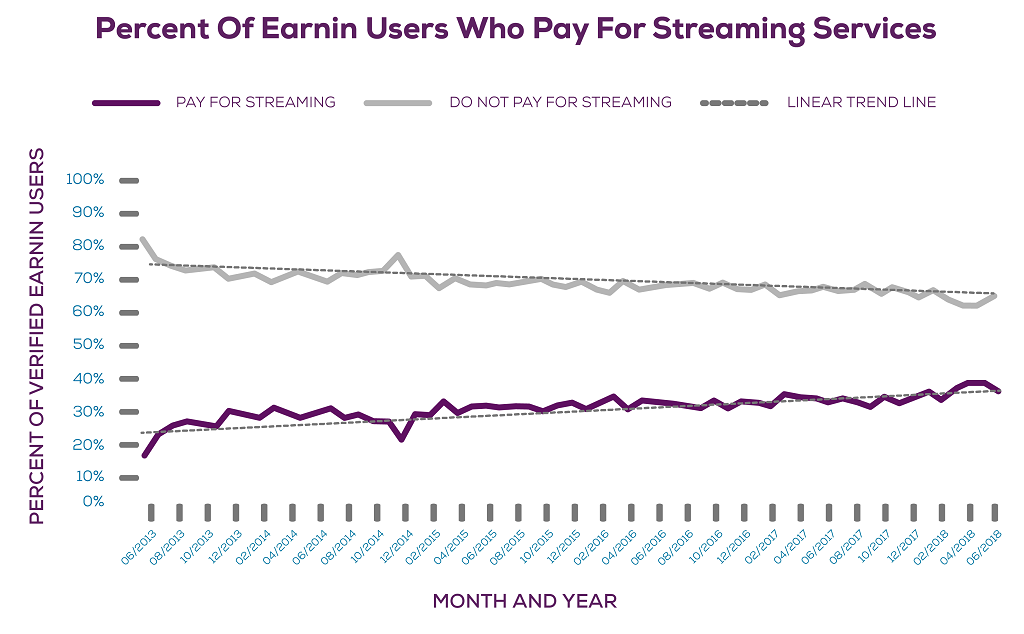 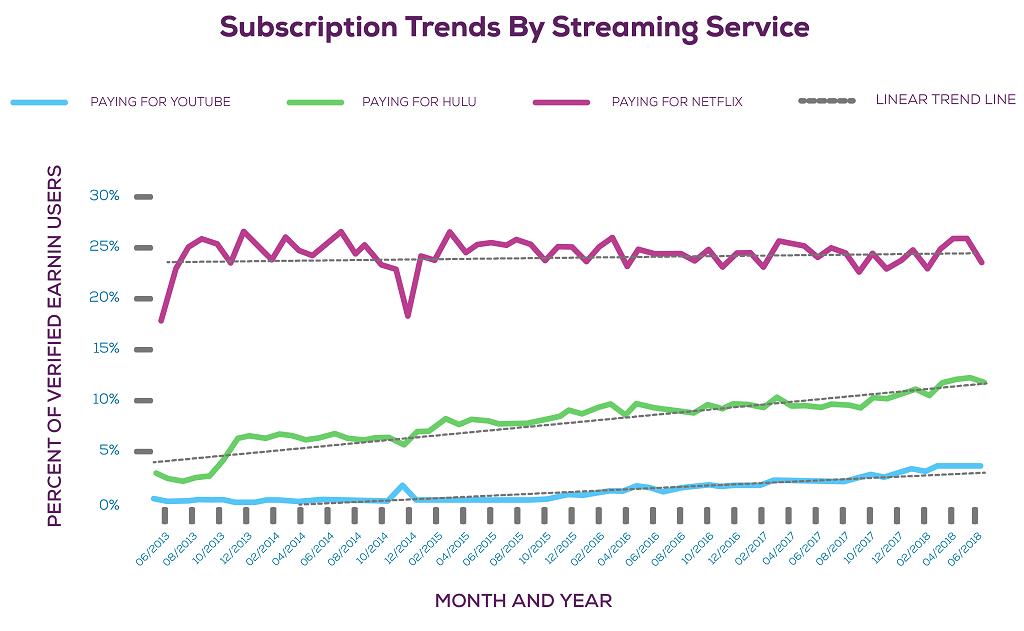 Counting dollars instead of subscriptions, Netflix’s new 2018 pricing appears to have successfully converted existing subscribers, but at the cost of further stunting new user growth among those living paycheck to paycheck in the United States. While overall memberships have ballooned over the last several years, fueled by massive international expansion, increased competition has eroded potential gains in market share at home for the top streaming service.

Relative to the average cost of cable television providers, streaming services are inexpensive, leading millions of Americans to cut the cord annually. Streaming service consumption has more than doubled in the last year, but those living paycheck to paycheck can potentially pay a higher price courtesy of overdraft fees on automatic payments.

Each year, about 1 in 8 Earnin users with a streaming subscription (specifically, Netflix, Hulu, or YouTube) experience an overdraft triggered by their subscription. For people living paycheck to paycheck, overdraft rates are highly seasonal, spiking in January followed by yearly lows across February, March, and April depending on when people receive their tax refund. 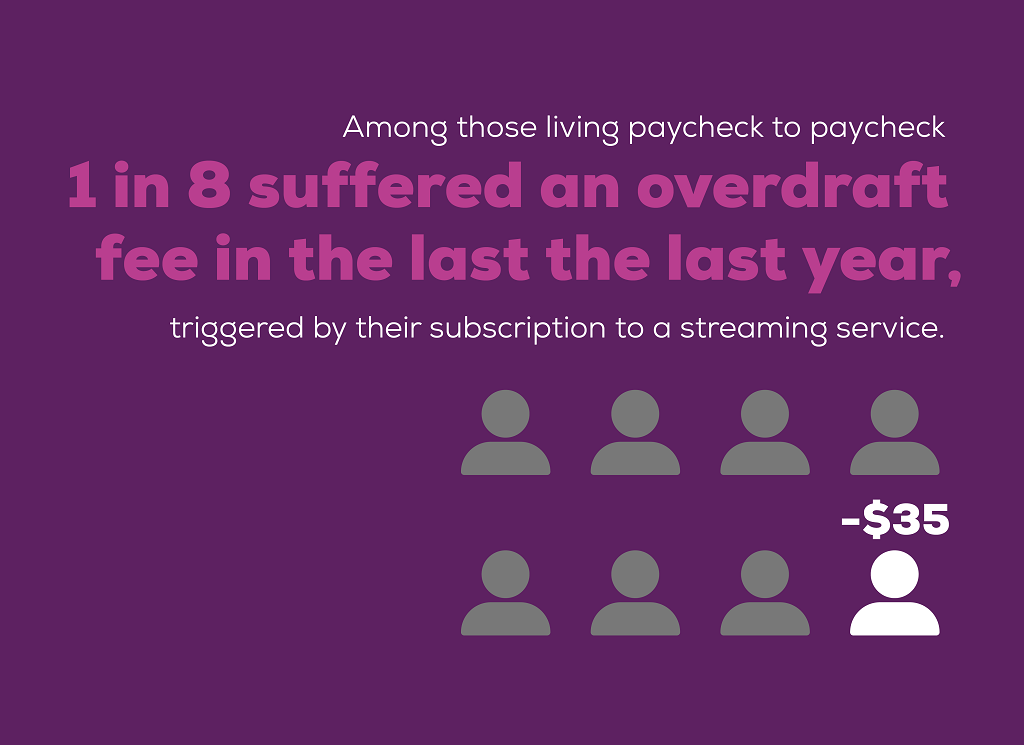 Following the Federal Reserve Board’s 2009 amendment to regulation E, transactions resulting in a negative balance were to be declined by a customer’s bank unless the user opted into an overdraft program. Unfortunately, recurring payments were excluded, allowing streaming services bills to routinely trigger fees. This exception is also compounded by the common practice of fee maximization. As long as a bank includes it in their fine print, they can reorder transactions to maximize the likelihood that recurring transactions trigger overdraft fees.

Streaming services cost about $0.80 more per month once you account for the chance they trigger an overdraft. Over the past 12 months, this additional cost has averaged $0.78, $0.83, $0.79 more a month for Netflix, Hulu, and YouTube, respectively. That’s between 5 and 10 percent more a month, depending on the base price of the service. A 5 to 10 percent increase may not sound like much, but it’s another example of how the current financial system isn’t working for people. In this case, making the low-cost alternative to cable TV more costly than it needs to be.

Earnin users referenced throughout this article are classified as verified, meaning that we could verify the connection of their bank account with our service. Since there is no requirement for having used Earnin in the past month, this set is much larger than the set of active users. We’ve found that verified users provide a larger sample for identifying consumer trends, but certain employment or usage related trends require limiting the analysis to the set of active users.

The streaming services studied in this analysis are limited to Netflix, Hulu, and YouTube. Even though Amazon Prime is now a major competitor in the streaming market, it was intentionally excluded because it is a bundled service and not at all clear what value should be attributed to the availability of streaming content.

Photo by Mint Owl on Unsplash